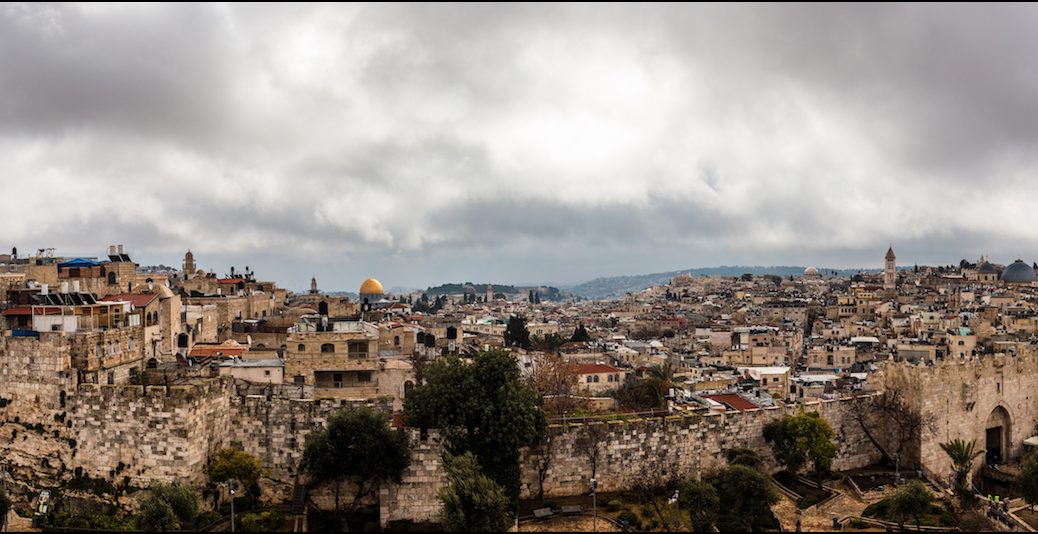 I asked the Rav Shlita if Hashem is sad that we aren’t able to go to Shul or Bais Medrash during
the current crisis. Here is how he answered:
We have Mitzvos that we do everyday, but when was the last time we thought about V’nishmartem Meod L’nafshosechem? Right now, we are expected to practice V’nishmartem Meod L’nafshosechem B’hiddur!
One of the Belzer Rebbes was ordered by his doctor to eat on Yom Kippur night. His son, in a letter, described his father’s joy when he sat down after Kol Nidreh to eat. “I’ve only seen my father like this by Achilas Matzah and Netilas Lulav.” The Rav says that this Maaseh teaches us that we have to be Mekayem the Mitzvah of V’nishmartem Meod L’nafshosechem B’simcha Yesairah!!
There is an old story about Reb Zishe and Reb Meilech who would travel together to be
Mekarev Yidden. One time they were in a city in Ukraine and the police arrested them
because they could not explain why they were there, and threw them in jail. Jails then were
not like jails now, and they weren’t clean and you couldn’t Daven there, or make a Bracha, or learn Torah and Reb Meilech was very sad about this and started to cry.
Reb Zishe told Reb Meilech: “Who put us in here? The Ribono Shel Oilam. It means He doesn’t
expect us to be able to do these Mitzvos now. If He wanted us to perform them, then He wouldn’t have put us here. Let’s do something we CAN do here. Let’s dance!” And they began to sing a Nigun and dance. They become so excited and boisterous that the prison guards said, “You people are crazy. Go home!” and threw them out of the jail.
We’re not avoiding Shul right now because we want to. We’re avoiding it because the Ribono Shel Oilam says to. Therefore, HaShem is happy now because are doing His Ratzon! If we are able to be happy this Pesach, then Hashem will say, “Look at my people trying so hard to be happy in this crazy Matzav!”
Hashem is not sad now. He’s watching how we are managing this Nisayon. Remember! The first 2 letters of the word Nisayon are Nun and Samech. It spells Neis! Nissan, especially this Nissan, is about Neis.
Do we know how many people survived Corona this week? How many were Zoiche to get up
and leave the hospital this week? People aren’t focusing on that, but in the Zchus of their
Tefilos, the Cholim are experiencing tremendous Siyata D’shmaya and are able to return to their
homes!
Suggestion: If you can’t Daven with a minyan, try learning some Halachos of Davening with a
Minyan. Just like we are Yoitze Korbonos by learning about them, we can Yoitze Minyan by
learning about it.

The difference between the words Matzah and Chametz are the letters Heh and Ches. The Hey has a door at the bottom and a door on the side. When a Yid sins, he can fall down. When he clings to his sins, clings to the Chametz, it is like a Ches. He can only fall out the bottom; there’s no way back in. When a Yid does Teshuva, rejecting the Chametz, then Hashem offers him a door back in, the side of the Hey in Matzah.
The Yiden were in Mitzrayim for 210 years. The Mitzri culture immersed the Yiden, and they
became Tamei from the Mitzri culture. When Hashem created the world, He created it with a
Hey: Ki B’kah Hashem Tzur Oilamim. Why a Hey? Because Hey gives the capacity for
everyone to come back.
The most important nights of the year are Yom Kippur and Pesach. On both nights we are with
our families. On Yom Kippur we go to Shul together. On Pesach, we sit together at the table.
Both nights we wear our Kittel. On Yom Kippur we come back with fear and on Pesach we
come back with Simcha!
The difference in Gematria between Matzah and Chametz is 3. Chazal tell us that 3 Z’chusim took the Yiden out of Mitrayim. They didn’t change their names, language or clothing. Had we changed them, then we would have been completely engulfed in Chametz. But we didn’t! We maintained our Sheimos (identity), our Begodim (dignity) and Loshon (pure speech), and they saved us from Chametz Mitzrayim.
When Paroh ran after us at the Yam Suf he said, “Amar Oiyev, Erdof Asig, Achalek Shalal!” Shalal stands for Shem, Lashon and Levush. Paroh says, one Yid may keep his name, and another may keep his Lashon, but no Yid should keep all 3! That way, “Timalei Nafshi – I (King Paroh) will get my desire,” that the Yiden will come back to Mitzrayim!
On Pesach night, at the seudah, we will all eat together – not just a meal, but a Seudas Hoda’ah! My Rebbe Ztz”l (The Shevet Levi, Rav Shmuel Wosner) used to learn the Rambam Hilchos Korban Pesach at the Seudah, because at that time, people used to eat the Korban Pesach.
Also, it’s proper to sing Eishes Chayil – because we really have to show appreciation to our
wives for making us a beautiful Pesach. It says in Eishes Chayil, “Batach Balev Baalah, V’shalal Lo Yechsar.” We came out of Mitzrayim B’zchus Noshim Tzidkoniyos. The husband trusts his wife to give their children the best education: she’ll make sure they know their Shem (identity), go in Yiddishe Levush (Tznius) and Lashonom (will be careful not to say Lashon Hora). Shalal LO Yechsar, it’s not missing.This week is Shabbas Hagadol. Normally that is because the Rav says a long Drasha. This year it is because we have to behave like Gedolim, like adults, and infuse our families with Simcha, Emunah and Bitachon! And please, even though you’re making Pesach preparations, don’t forget to eat Melave Malka and drink a cup of hot water which is a Segula for good health!
Have a wonderful Shabbos!

Fri Morning shiuer to the Student Rabbis at Community Kollel 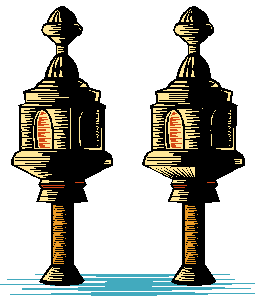 Great great Tueday Afternoon Shiur on Parsha Toldot by our Heliga Rebbe Yitzak brought Rivka to his mother Sarah’s tent after she arrived his Mother had three miracles always the shabbat candles would stay lit from one week to the next
There was always the smell and the baking of bread , The clouds of Glory would remain over the tent . All these 3 miracles resumed for Rivka( Rebbeca) 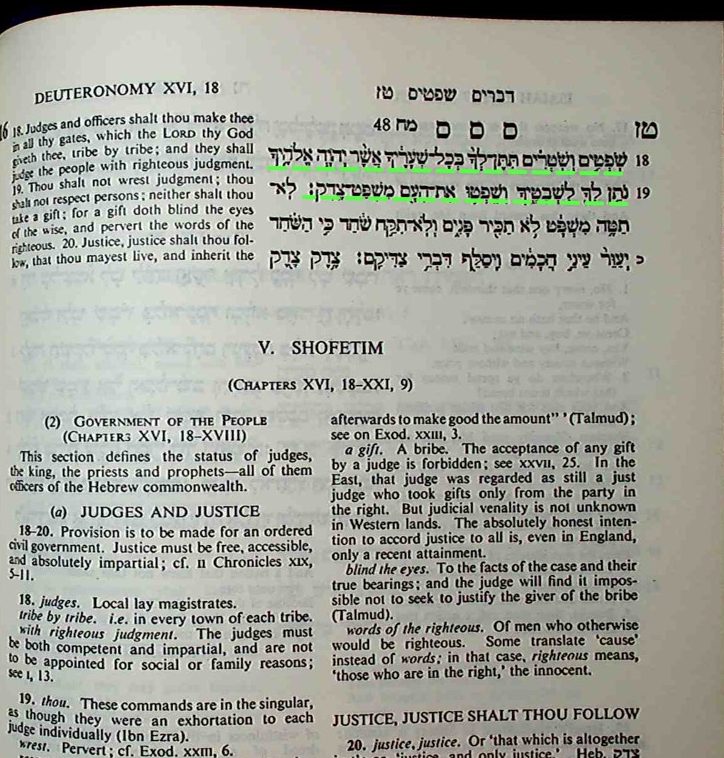 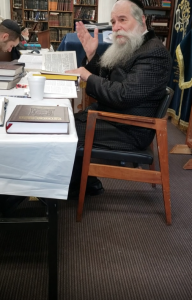 Rav Nesanel Kostelitz  grew up in Bnei Brak, Israel, and as a student of Rav Shmuel Wozner. Rabbi Kostelitz served as a rabbi in Australia before coming to Baltimore to serve as Rav of Machzikei Torah on Biltmore Avenue, a few blocks from the Kollel.

Rav Kostelitz shares his warmth, wisdom and scholarship freely with everyone who walks into the Kollel. His many talents   talmudic sholar, popular speaker, a mohel and a posek.