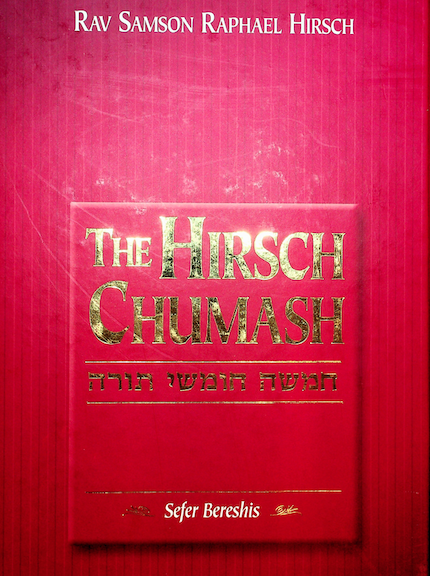 From the Hirsch Chumash Sefer Breisheit

Let us also note that this all-powerful, limit-setting די! attesting to the Creator and Master is inscribed not only on creation as a whole, but in the details of creation.

1 Thus the heaven and the earth and all their host were brought to their intended completion.the consciousness of the eternity of the metaphysical world. With good reason, then, do we begin the יום הששי ויכלו וגו׳ :קידוש.

1 ויכלו. The root כלה combines two meanings that at first glance seem antithetical. כלה means “to be destroyed,” “to cease to exist,” as in ואתם בני־יעקיב לא כליתם, “You sons of Ya’akov have not ceased to exist” (Malachi 3:6). At the same time, כלה means “to reach the highest perfection of existence,” as in כלה הבית לכל־דבריו, “The House was complete in every respect” (Melachim I, 6:38). A similar phenomenon occurs in the root

A twofold truth lies at the basis of this phenomenon: First, every perfect form of being requires the cessation of some other form of being. A person (or thing) can attain perfection, only if he (or it) is completely devoted to one aim — to the exclusion of all other aims. He who wishes to be perfect in various things at the same time will succeed in all of them only partially. Second, there is no such thing as absolute destruction. All ceasing to be is only relative, is merely a complete tran- sition to another condition or to another form.

The basic conception of כלה is to strive toward a goal; thus תכלית, purpose; תכלה, striving toward a goal. לכל תכלה ךאיתי קץ, “I have seen a limit to every striving” (Tehillim 119:96) — there is a limit to every striving, toward any end; there is no goal to which one may sacrifice everything else — but ו־חבה מצווזך מאד, “Your commandment is exceedingly broad” (ibid.); only the fulfillment of God’s commandments is an all-embracing, all-demanding objective. Thus כלה, to yearn for a goal, and thus כלי, any object that serves a particular purpose. (כלח is the age at which life is completed [cf. Iyov 5:26]. At this age, one exchanges life for life: completed life of this world for the more complete life of the world to come.) כלה means “to bring to an objective”;ויכלו of our verse means “they were brought to the goal!’

ויכלו השמים והארץ וכל צבאם. This verse is the concluding statement of the history of Creation, and it parallels the opening statement. The opening of the Creation history shows us heaven and earth, and pro- claims of them: בראשית! From the very beginning God created these! Now the conclusion again shows us heaven and earth, and proclaims of them: ויכלו! Heaven and earth were brought to this completion! They had not always existed, but, rather, were brought into existence. And before they were brought into existence, they existed as an intention in the thought of their Creator. The heaven and the earth and all their host were, at one time, merely a thought in the mind of their Creator, and the actualization of this thought was the purpose of their creation. The cause of the existence of heaven and earth does not lie in themselves; they are not the cause of their having come into existence — a view that is self-contradictory, irrational, and absurd! The cause of their existence lies outside of themselves; and they are not the result of some force working blindly, but the creative work of a lone Creator, Who created them with intention and purpose. ויכלו!

The Sages define this concept in greater clarity: המעשים היו מותחין והולכים (Bereshis Rabbah 10:5), the matter and forces which had been called into existence were in a state of continuous development — until God called out ויכלו! and set a limit to their development. He acted as שדי — i.e., שאמר לעולמו די; He called out to His world: שאלמלא אמר .די לשמים וארץ די עד עכשיו היו מותחין והולכין, “Had He not said to heaven and earth: ‘Enough!’ they would still today be in a state of continuous de- velopment” (ibid. 46:2). (כלה is also synonymous with כלא, and means “to stop, restrain, fence in,” as in לא יכלה ממך [below, 23:6];ואת־?ניהם כלו כבלת [Shemuel I, 6:10], These are all different nuances of the same concept: to set a limit.)

The ending of creation, the cessation of formation of new creations — in a word: the present Sabbath of creation — is a greater revelation of the Creator than the very existence of heaven and earth. If, as the materialistic outlook on the world has taught throughout the ages, the origin of the world was due to physical causes not founded on thought and free will; if the world originated from forces of nature that are inherent in the world — why, then, has there been a Sabbath in creation for thousands of years? Why have these forces ceased to function and to produce with great power new creations? Why has the cause — which still exists — ceased producing the effect? What has put an end to its creative power? We see that for generations upon generations creation has ceased, and Sabbath has reigned in the world. This teaches us that the present Sabbath was preceded by purposeful, all-powerful creative activity, and that the universe is not a physical result of blind forces of nature, but a moral work of a Creator endowed with supreme wisdom, free will, and unlimited power.

ויכלו! Everything is limited in size and purpose; everything has received its allotted measure of material and energy, and has been assigned its time of development and its own kind. Were it not for the Creator, Who assigns purpose and measure through His Will and sovereign power; had only the blind forces of nature prevailed — the world would not have materialized, and not even a single spike of straw would have emerged.

Thus,ויכלו protests against any materialistic world view that denies the existence of a free Creator. ויכלו attests to the creation of the world by a free, wise, and almighty God.

וכל צבאם. The term צבא is employed also in the context of peace. The Jewish nation, while at peace and encamped around the Dwelling Place, was counted in terms of יוצאי צבא. The Levites serving in the Sanctuary are called: כל הבא לצבא צבא לעבוד עבודה באהל מועד (Bemidbar 4:23). The

women who gathered together with their gifts are called:הצבאת אשר צבאו פתח אהל מועד (Shemos 38:8). This refutes the assumption that the term צבא is always connected with war.

This explains the relation of צבא to צבה .צבה means “to swell and expand, to grow bodily.” The other meaning of צבה is similar: to desire; to expand in order to attain an object, to bring something into one’s sphere of control, or to expand one’s sphere until one attains the object. (Cf. התאוה and והתאויתם לכם.) By extension, צבי means “desirable and attractive to the eyes.” (Merely as a suggestion we would add that per- haps the צבי [deer] derives its name from the elasticity of its skin, as described by our Sages [Gittin 57a]. It is possible that the צביs lightness of foot and swiftness derive from the nature of its skin.) צוה means: to place someone under the control of your will; to station him at his post, to assign him a duty. ציפה: to survey one’s sphere from the center point. צפה: to watch and wait, until something appears in your sphere. Another meaning: to cover the outer surface of something.

All things created in heaven or on earth constitute, together, one great צבא, one great host, whose center point is its Creator and Master, its Lord and Leader. He stations everything at its post. All things are to perform their assigned task, each in its proper place, each with the powers given especially to it. The overall plan is in the mind of the Leader; each creature completely fulfills its mission, only if it carries out the part that was assigned to it. No one, great or small, stands in his station by his own authority or for himself alone. We all belong to the one great host of God. His is the greatness, the power, the insight, the will, and the command; ours is the obedience, the diligence, the faithfulness, the ardor, and the toil. No one has a right to arrogance. The greatest achievement of the individual is but a fraction of the whole, but even the smallest of his deeds is not lost or overlooked, provided that he faithfully carries out the order of the one great Commander. The smallest detail does not escape His sight; nothing is superfluous or insignificant in the Divine plan. הלא־צבא לאנועז עלי־אךץ {Iyov 7:1): In this world we are all in army service. כל־ימי צבאי א:חל עד־בוא חליפתי (ibid. 14:14): We must wait until relief comes, when God calls us and assigns us to another post.